Four years ago, Ruben Estrada was on the verge of losing it all. The company he had poured his life into teetered on the brink of collapse, and his family suffered in his absence while he fought to save their livelihood.

After praying the last-minute flight to save his biggest customer would be worth the upset it had caused in his home, Ruben opened his eyes and noticed the man sitting next to him. The mysterious stranger kindly introduced himself as Coach, and within minutes, Ruben knew that he was not on that flight to save his last big account – he was on that flight to meet the man who would show him how to turn his business around and give him the ability to save his life… in more ways than either of them could have imagined that day.

Know Your Next Move is Ruben’s raw account of his first few mind-blowing meetings with Coach – where he learned The 7 Core Disciplines of Business that would eventually help him identify his next move, turn the business around and grow it into a multi-million dollar enterprise, and be ready when the ultimate test of his learning arrived.

What he didn’t know almost cost Ruben his life.
What he learned gave him the opportunity to save it.
And now, he wants to share it with you.

Do you know your next move? 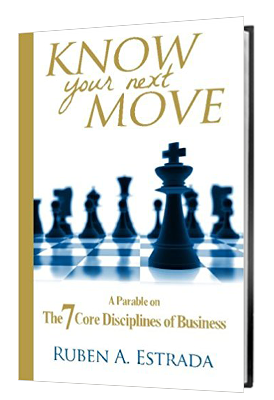 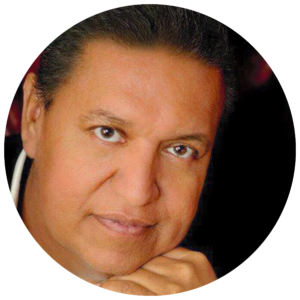 “Before hiring Amanda as my writing coach, I was stuck. I had great ideas for my books and great intentions to begin writing them, but I just did not know how to get started. Since working with Amanda, I have written three different book outlines, completed the introduction and first chapter for of my books, all within the first 4 months of engaging Amanda’s services. Amanda has a clear, direct yet nurturing way of holding me accountable to get the job done. I would strongly encourage anyone looking for a GREAT Writing Coach to help them organize their thoughts, create a useful book outline, write a compelling story, and eventually build a solid business model to engage Amanda’s service NOW before her prices go up due to demand.”