The unannounced game kicked off with a tremor in his hand in 2005. By the end of 2010, Parkinson’s had devastated Robert Smith’s health, his career, his marriage, and his hope for the future. It was a game for his life, and it looked like Team Parkinson’s was going to decimate him.

Fortunately, one of his old friends stepped out of the stands and onto the field, and handed Robert a playbook that would change his life. Knowing it was his only hope, Robert followed it play by play and was shocked at the results. He had found a way to push Team Parkinson’s back and gained momentum with some big wins.

Just one year into working this playbook, Robert’s health had transformed so much that people didn’t recognize him and certainly would never guess that he has Parkinson’s upon meeting him. Symptoms subsided, vitality improved, hope returned, and he set out to share it with those who feel powerless against Team Parkinson’s.

In The Parkinson’s Playbook, Robert powerfully weaves the original playbook and his personal story, which work together to create a powerful guide to put Parkinson’s on the Defense.

In this book, you’ll learn:

If you are ready to push back and put Parkinson’s on the Defense, this is the book for you! 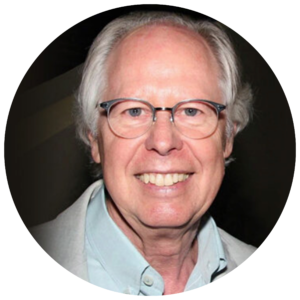 "Before I started to work with Amanda, my journal of living with Parkinson’s was a series of disjointed segments that did not flow or engage the reader. It was a long way from ever being considered as a book. After struggling with Parkinson’s and declining cognitive skills for ten years, it was apparent that my journey dealing with a chronic disease was not going to be told or become a reality. With a desire to not let the endeavor languish, I began a search for an editor that would be able to deal with a person with Parkinson’s and a first time author. A friend suggested I discuss my story with Amanda Johnson, who he described as passionate in helping aspiring writers realize their vision and goals. I was skeptical that an editor in Los Angles and a writer in Denver would be able to communicate on such a personal subject, but from our get to know each other telephone conversation, I felt comfortable telling her my story and could feel a sense of compassion and commitment to bringing such an unusual and important story to those suffering with Parkinson’s.

Amanda’s initial tasks were to guide the development of a story line and establish a framework that organized the bits and pieces from several prior year attempts at writing a book. The theme needed to be one that I could relate to and embrace, and since football was my favorite sport, it needed a bold and powerful story that was original. The Parkinson’s Playbook was born out of the collaboration.

Amanda was more than an editor critiquing my work; she was a coach and teacher on how to write and tell my whole story, from losing the battle with Parkinson to living a full and vibrant life. She would give me homework assignments in small steps to prevent overwhelm, and she taught me how to write a compelling narrative in an easy three-step process. After completing the rough draft for a particular section, Amanda would critique, edit and wordsmith my writing to bring my story to life. Even though we were quite a distance apart, Amanda always made me feel as if we were in the same room. She was able to guide me from one section to the next until we had a full manuscript. Amanda was very supportive and positive during each step of the writing process. As a result of her storytelling expertise, I now have a cutting-edge book along with a professional and easy-to-navigate website. The Parkinson’s Playbook has attracted a well-recognized publisher (Hatherleigh Press and distributor Penguin Random House) that will make the book available in the US and abroad. Everyone who reads my story comments on how engaging, timely, and helpful it will be to those with Parkinson’s and their families. With Amanda’s support, I now can call myself a soon-to-be- published author!

Amanda brought life to The Parkinson’s Playbook, transforming a rough manuscript into an engaging story that is relevant to those dealing with Parkinson’s and other chronic diseases. Amanda was integral in shaping the story of my journey – more than an editor and coach, she was a team member who could weave together the many treatment strategies for Parkinson’s into a comprehensive guidebook.